To celebrate nearly making it to the end of the ye

Doing a practice Supanova run to make sure everyth

I started Gengar during the amigurumay challenge s

Making some more bags for kits! I’lol be bringin

Have you seen the super cute project bags the DIY

Something I’ve been working on for what feels li

I’ve been taking some new glamour shots of the E 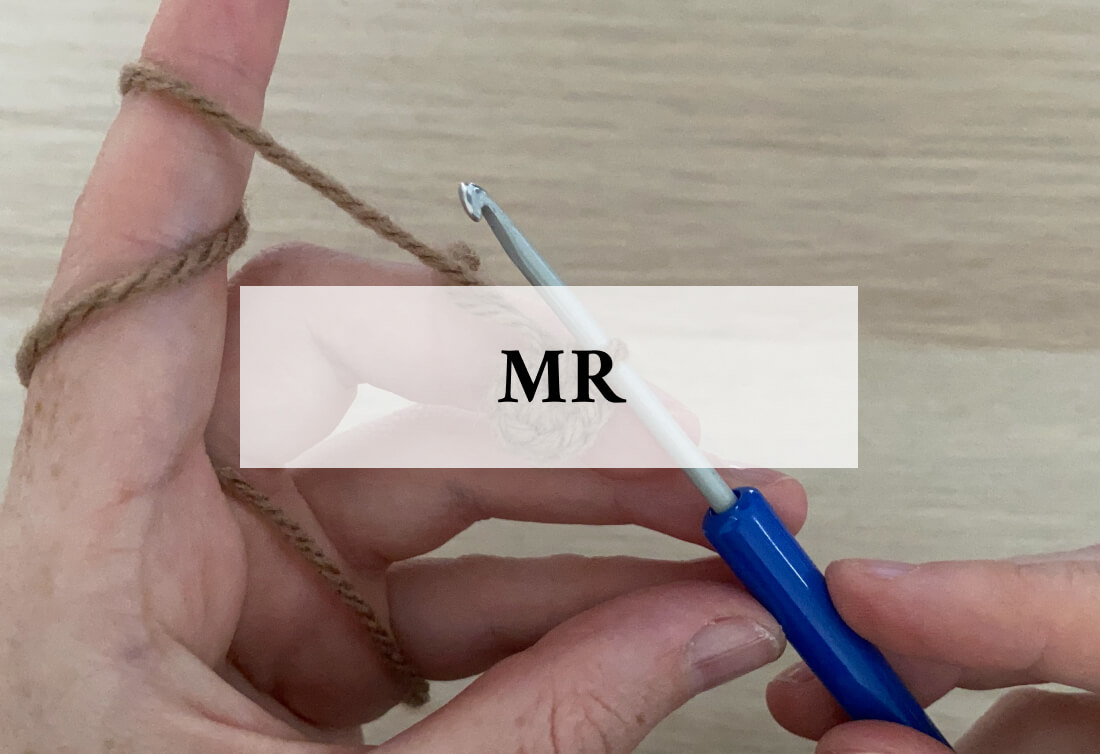 Often one of the first questions when you’re ready for your first amigurumi pattern is “what the heck is a magic circle in crochet?”. Learning how to crochet a magic ring as a beginner is one of the hardest challenges for newcomers to amigurumi. It’s an essential skill to learn! A large number of crochet and amigurumi patterns start with the crochet magic ring (also called the crochet magic circle). There are also a couple of different ways to do it, but the method I’m describing below is the only way I’ve ever managed to have success every time.

This example has 6 single crochet in the magic ring, which is probably the most common version you’ll see. This gets abbreviated as (MR 6) in my patterns. This tutorial is a great introduction to the single crochet as well, though there is a separate tutorial available exclusively on that stitch if you prefer.

The pictures below are a good reference to take in at your own pace, but if you prefer video to see the stitch in action, there’s a short, to the point video at the bottom.

How to crochet a magic ring with 6 single crochet

Wrap the yarn twice around your finger. 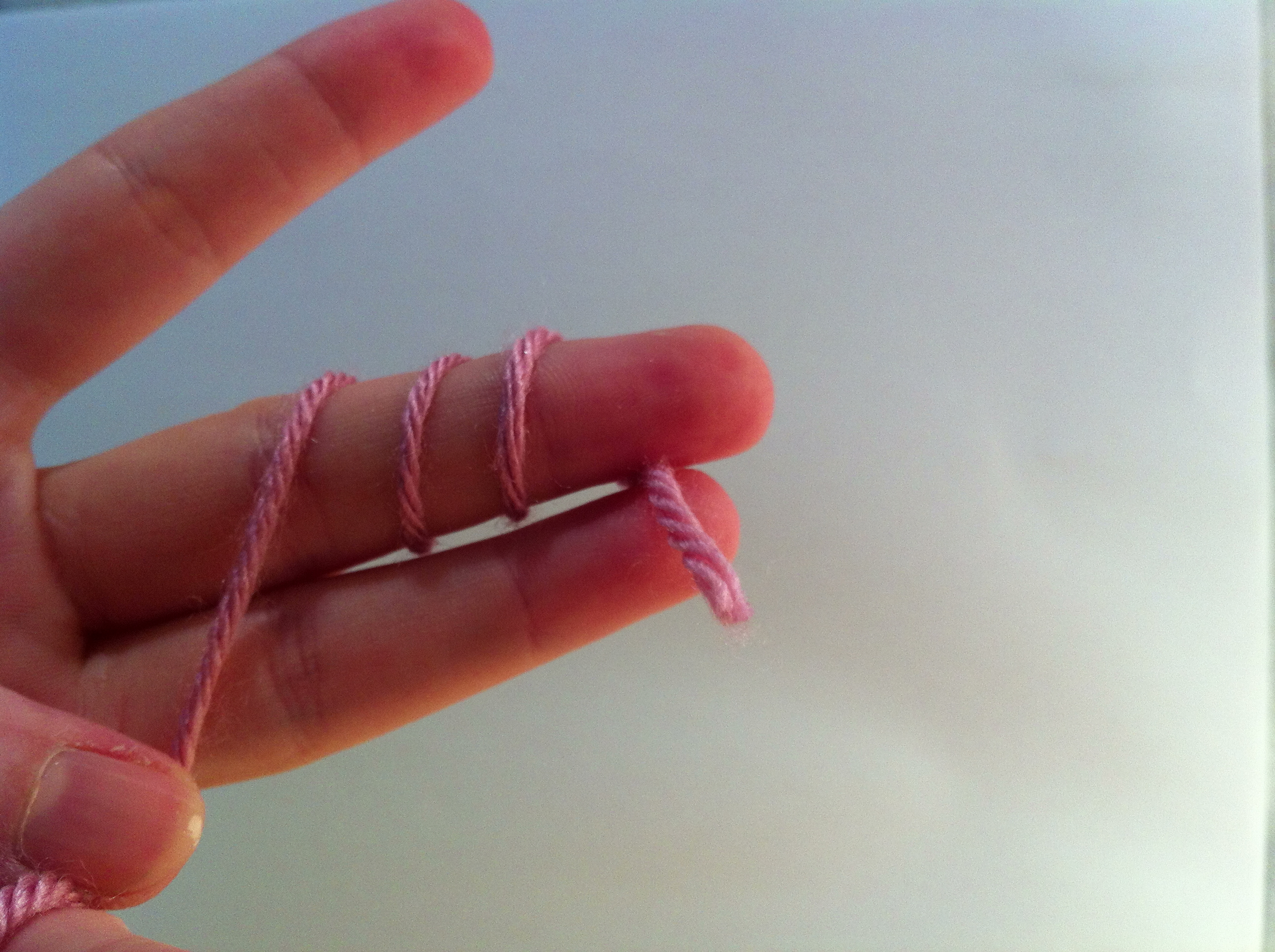 Insert your hook under the first two loops. 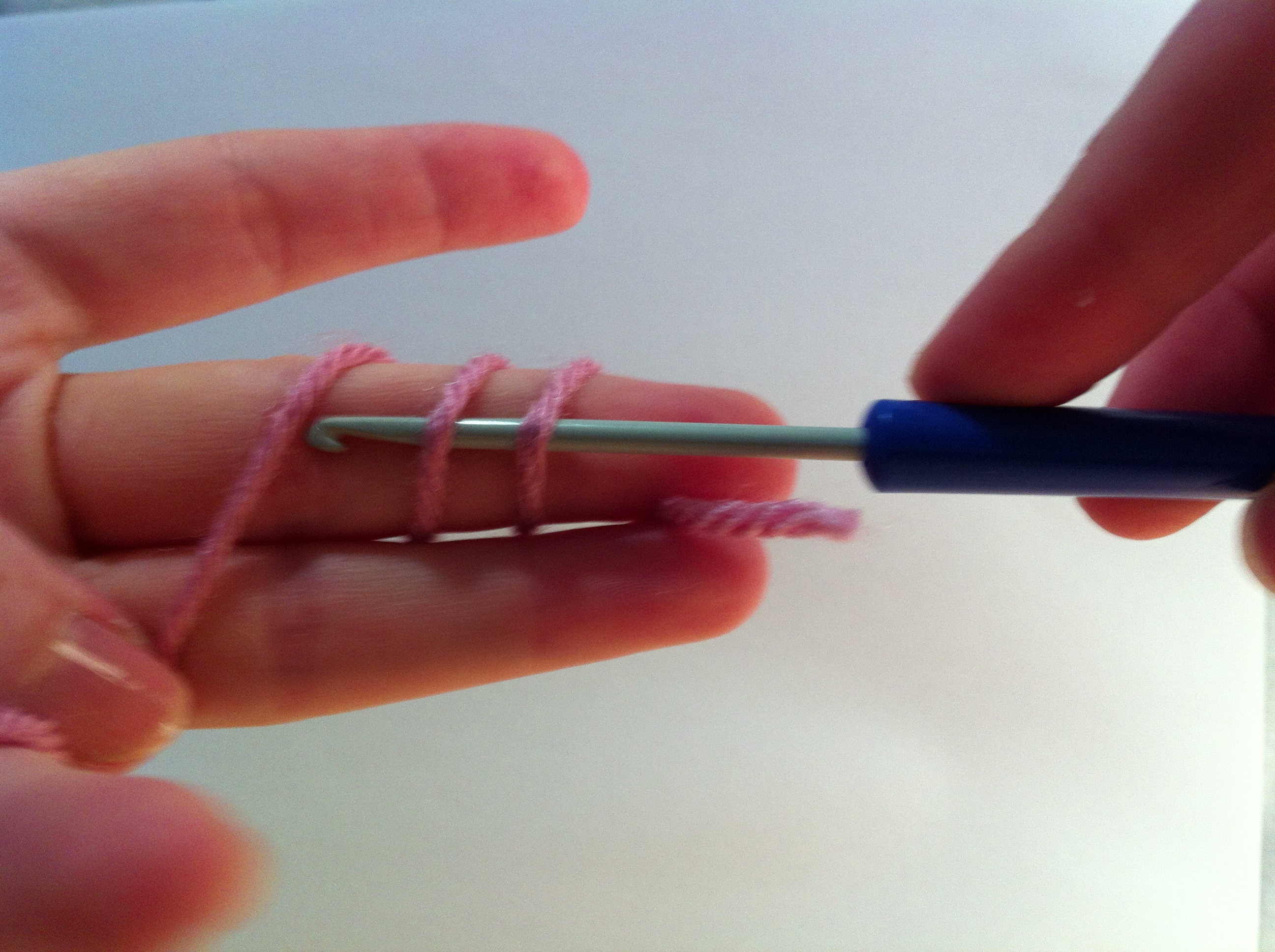 Grab the working yarn with your hook (the end attached to the ball) and pull this through both loops. It can help at this point to pinch the tail end (the end that’s cut) and the working yarn together to hold them in place, using your thumb and ring finger. 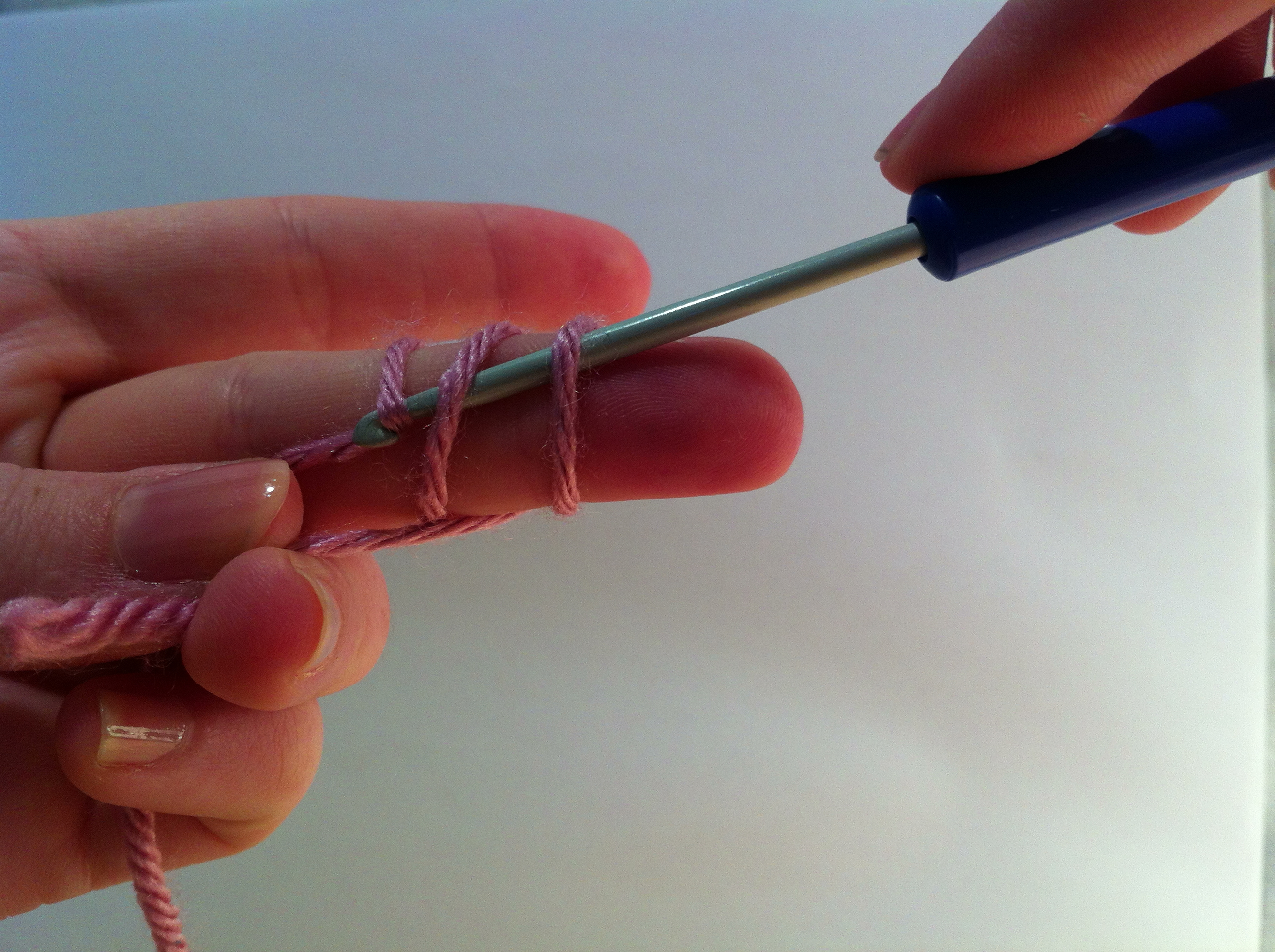 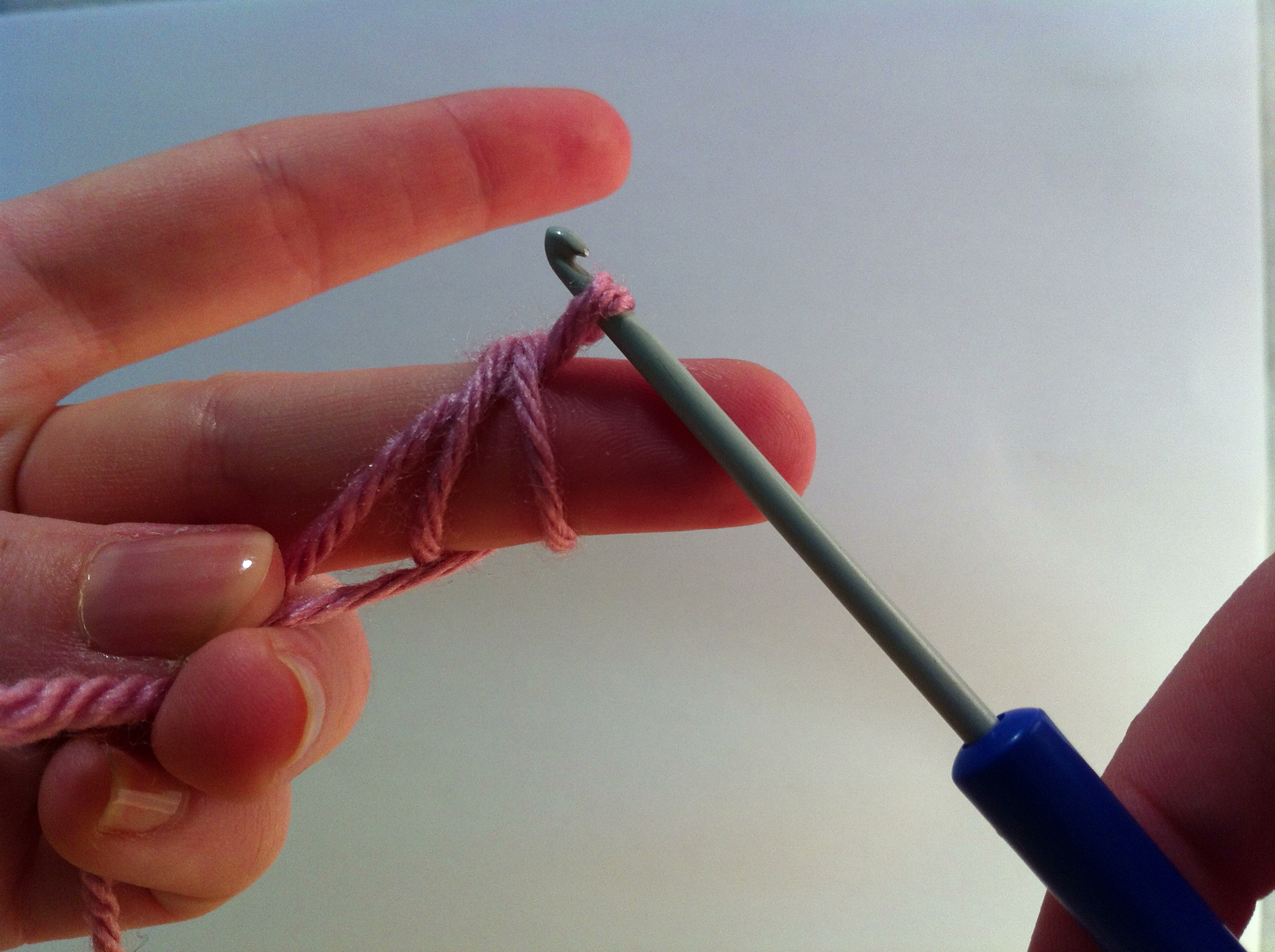 Carefully remove both loops from your finger, pinching the stitch you just finished. 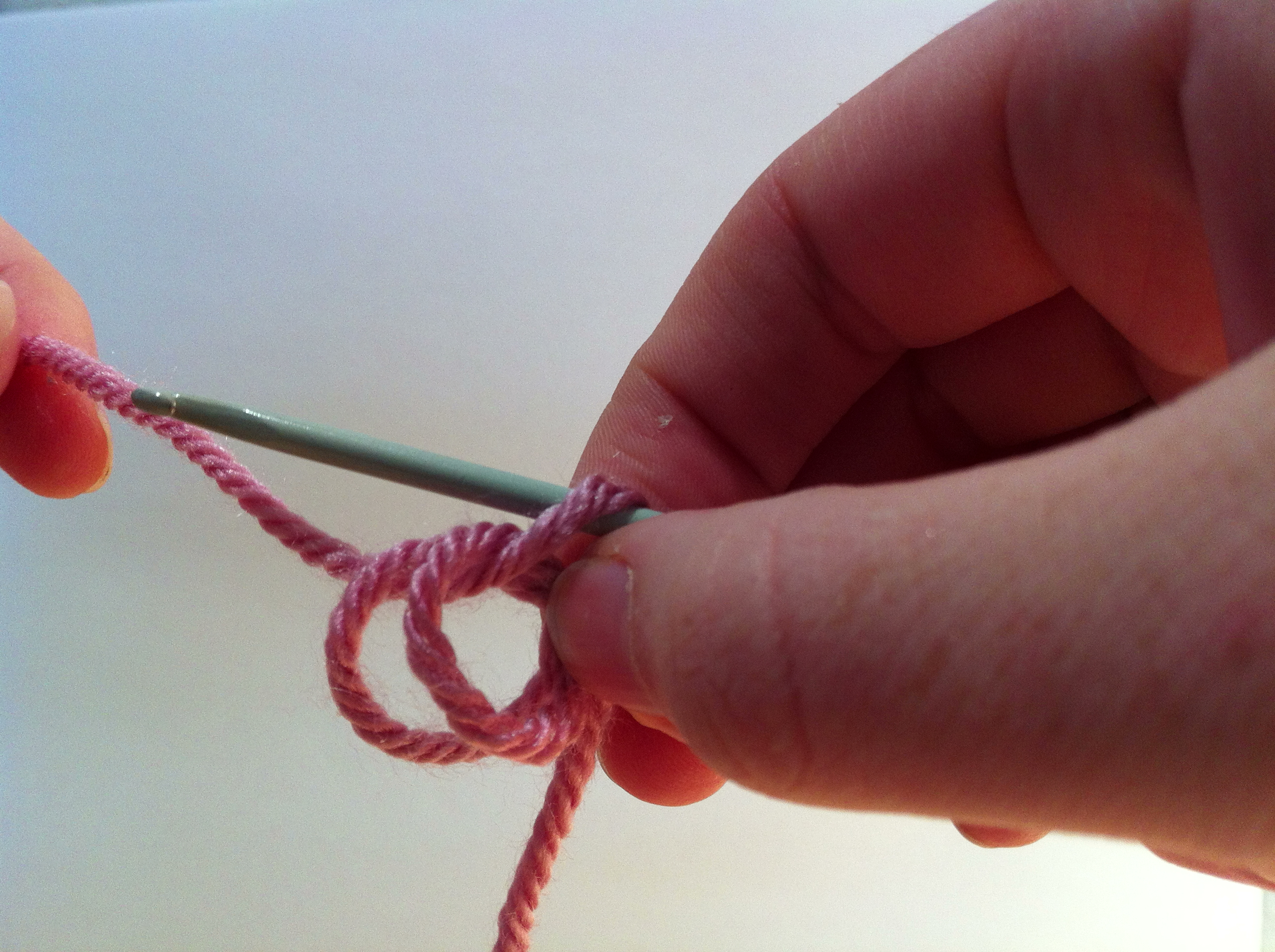 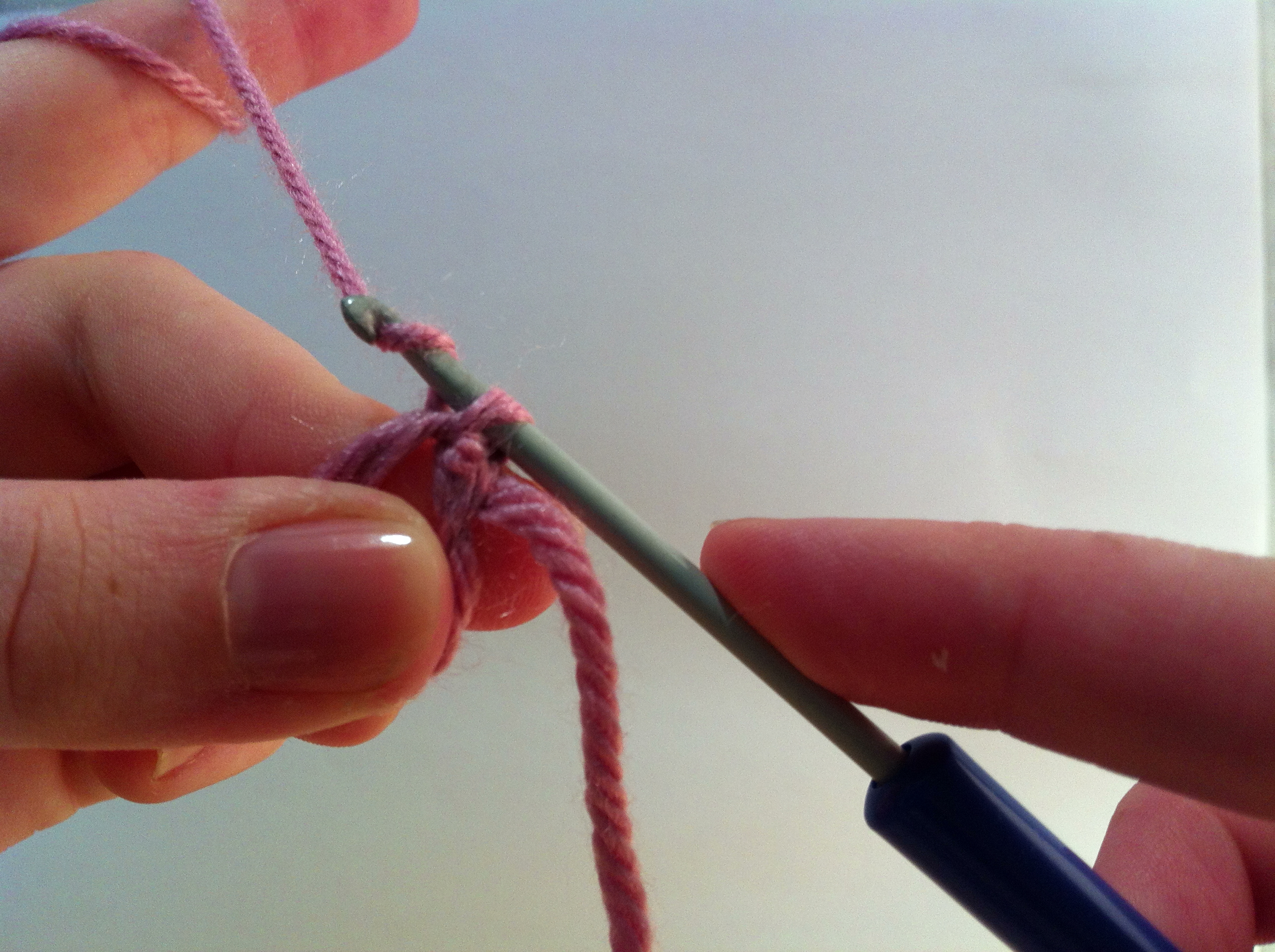 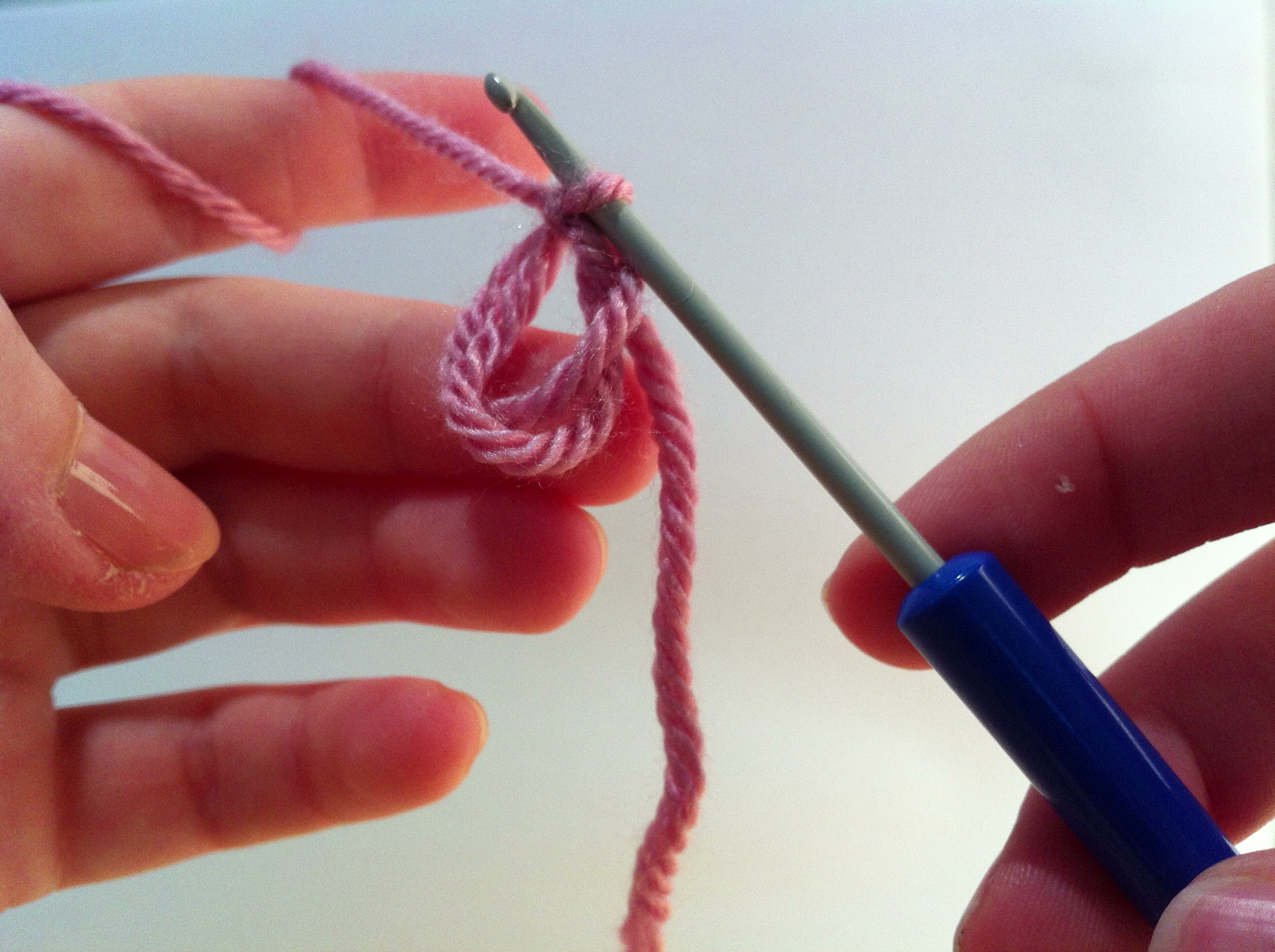 Insert your hook into the big loop, yarn over, and pull through both loops (ie. single crochet, or sc). 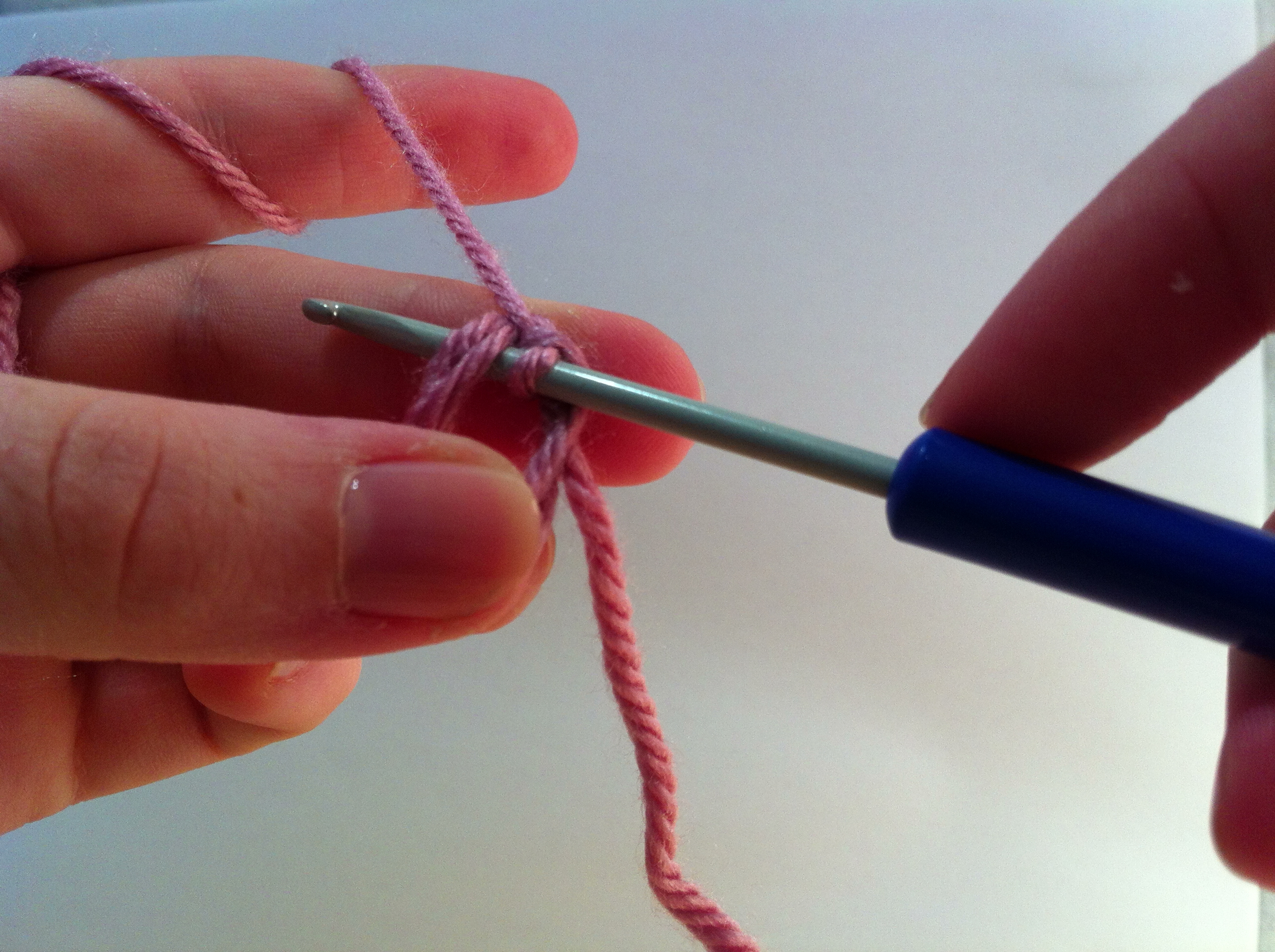 Repeat this step as many times as stated for the magic ring. Most of the start with 6 sc, so that’s what’s demonstrated here. 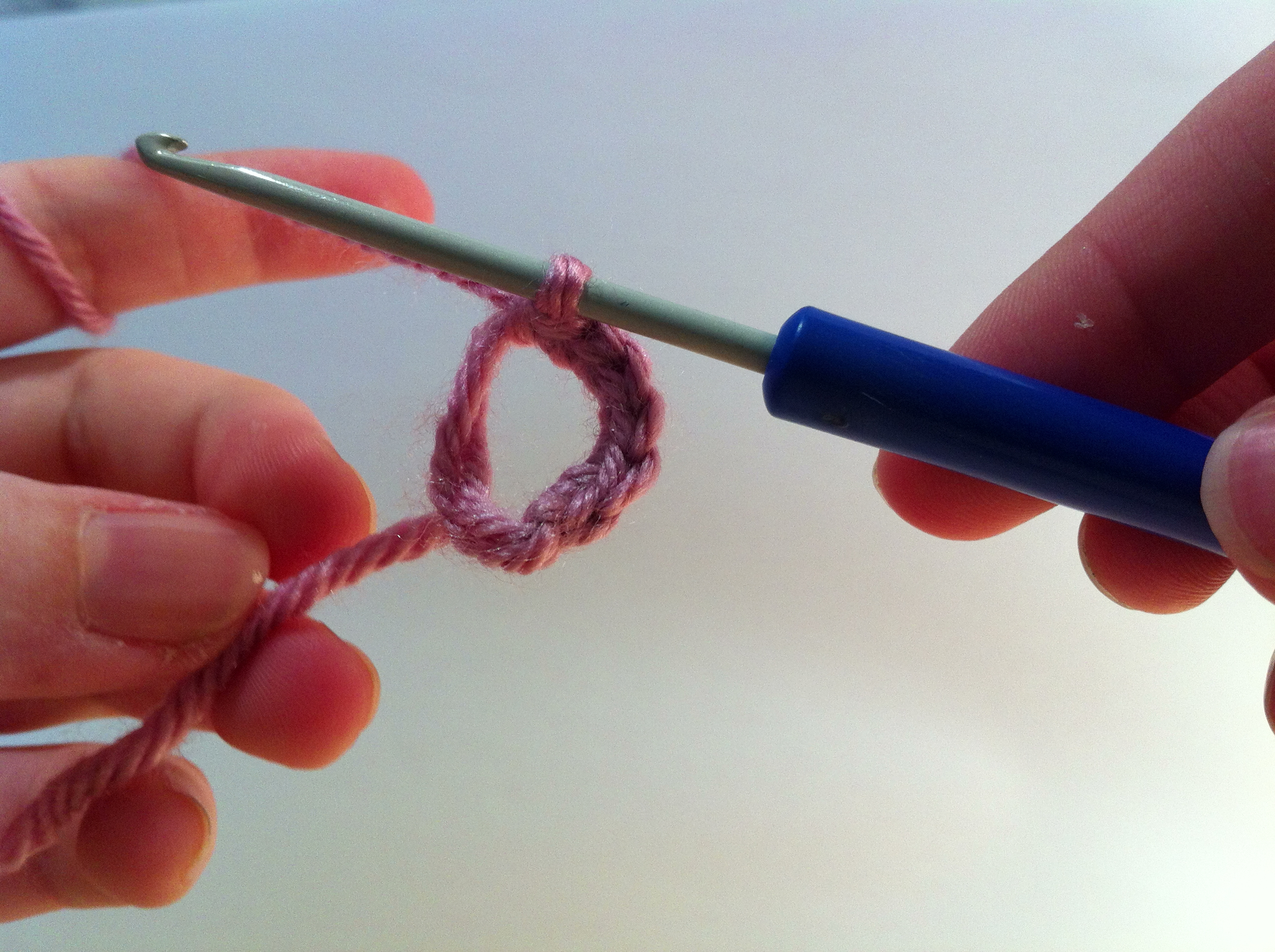 Gently pull at both of the pieces of yarn that made the original loop to see which one is loose (it will start to close the loop). 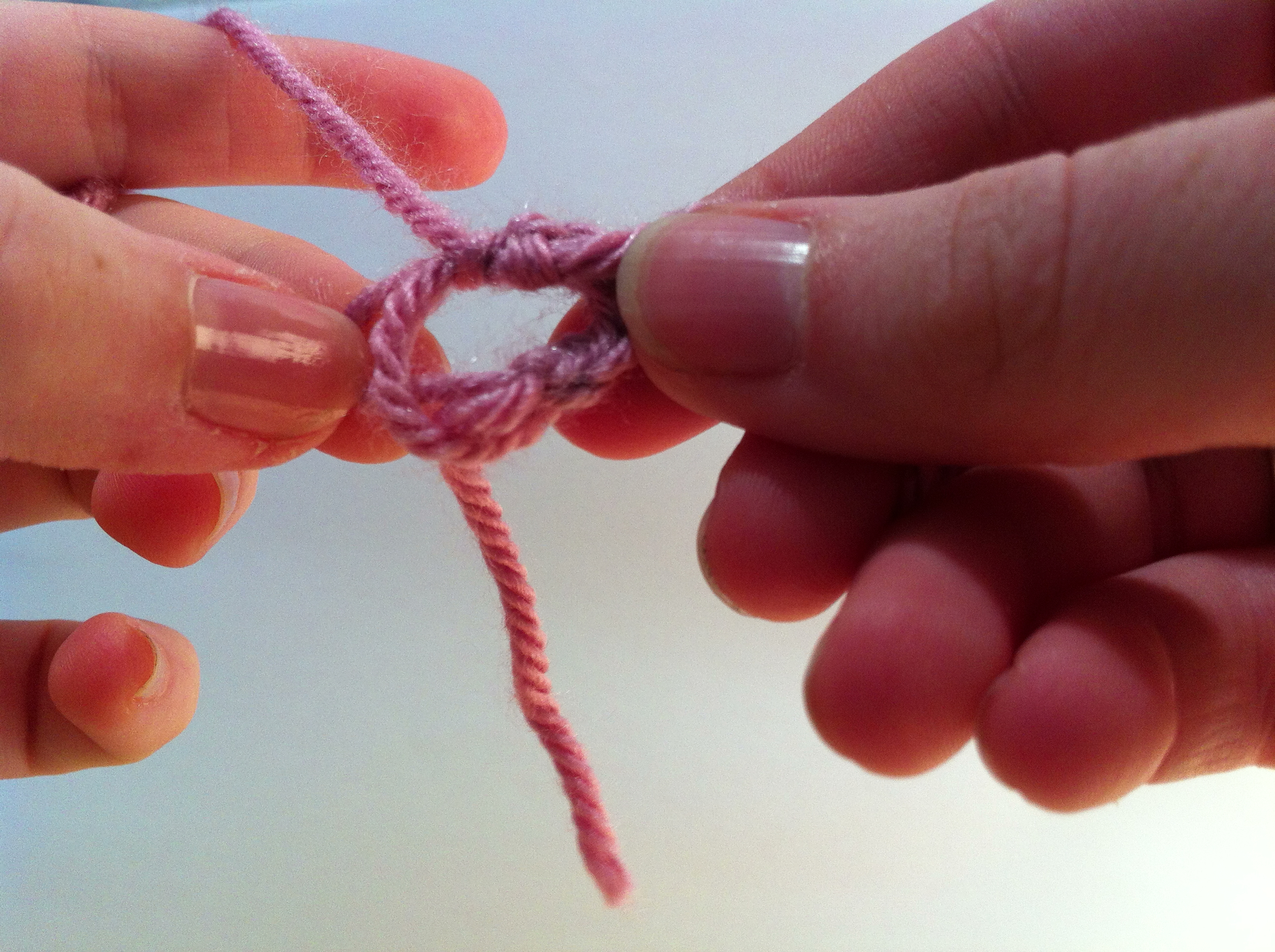 Once you’ve found it, pull the loose one tightly shut, until you have a small hole. 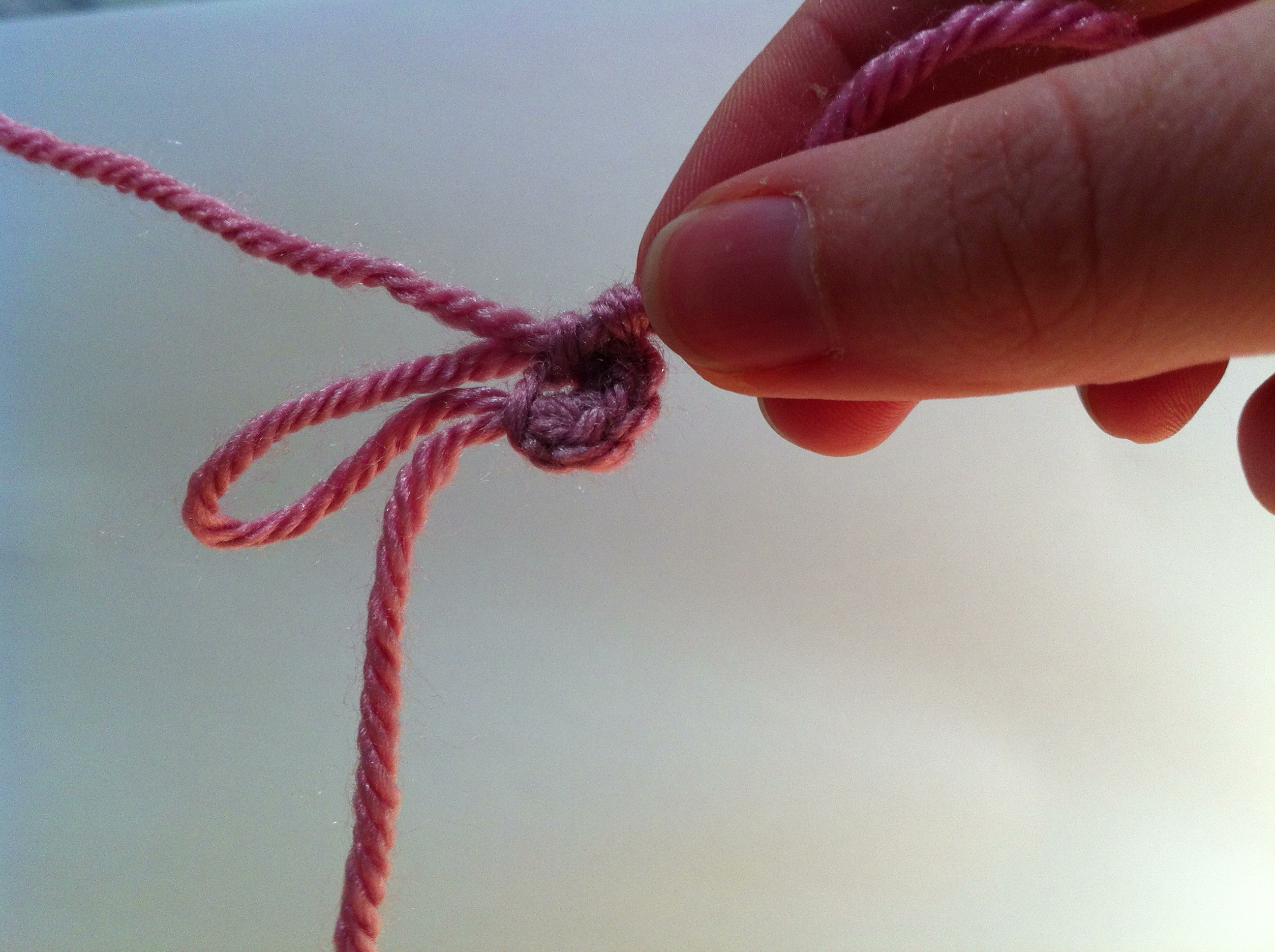 To close the remaining hole, pull the tail end of the yarn. 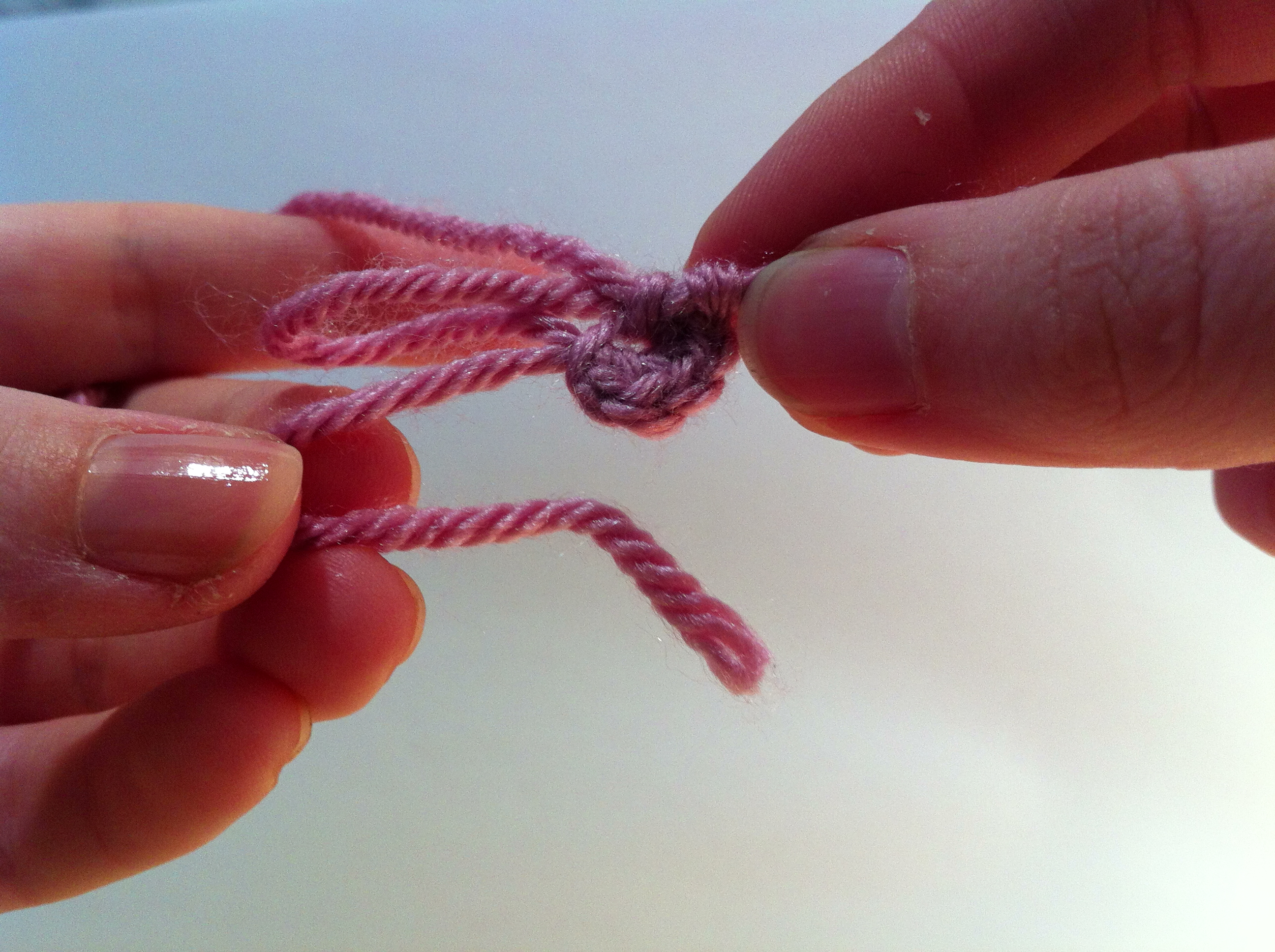 There you have it! The magic ring. It can be very tricky to pick up the first few times (my first attempts were a disaster at least).

Another thing to note for beginners is to be careful how tight you make that first single crochet – once the circle’s been pulled closed it can be really tricky to work back into that first stitch for the second row. If this happens to you, you can grab a yarn needle and poke it through that first stitch, wiggling it around to help loosen it enough to fit your crochet hook.

See the stitch in action

If you want to see the movement of the stitch check out our Youtube video below. We also have it available on Instagram. 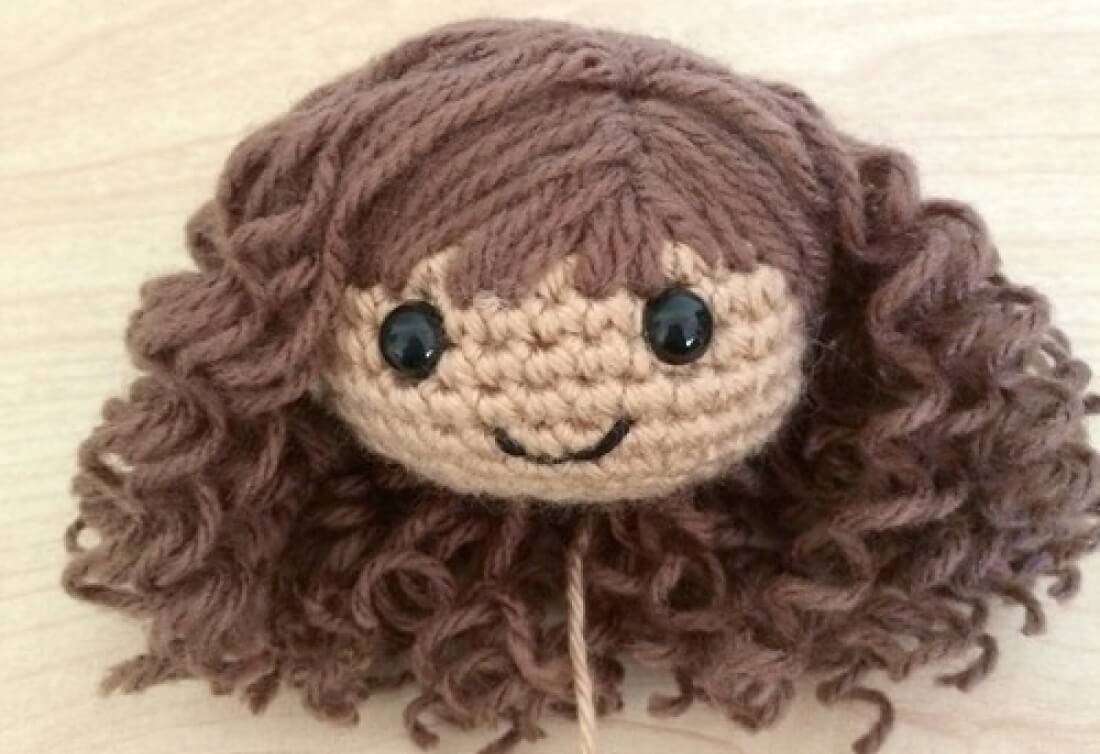 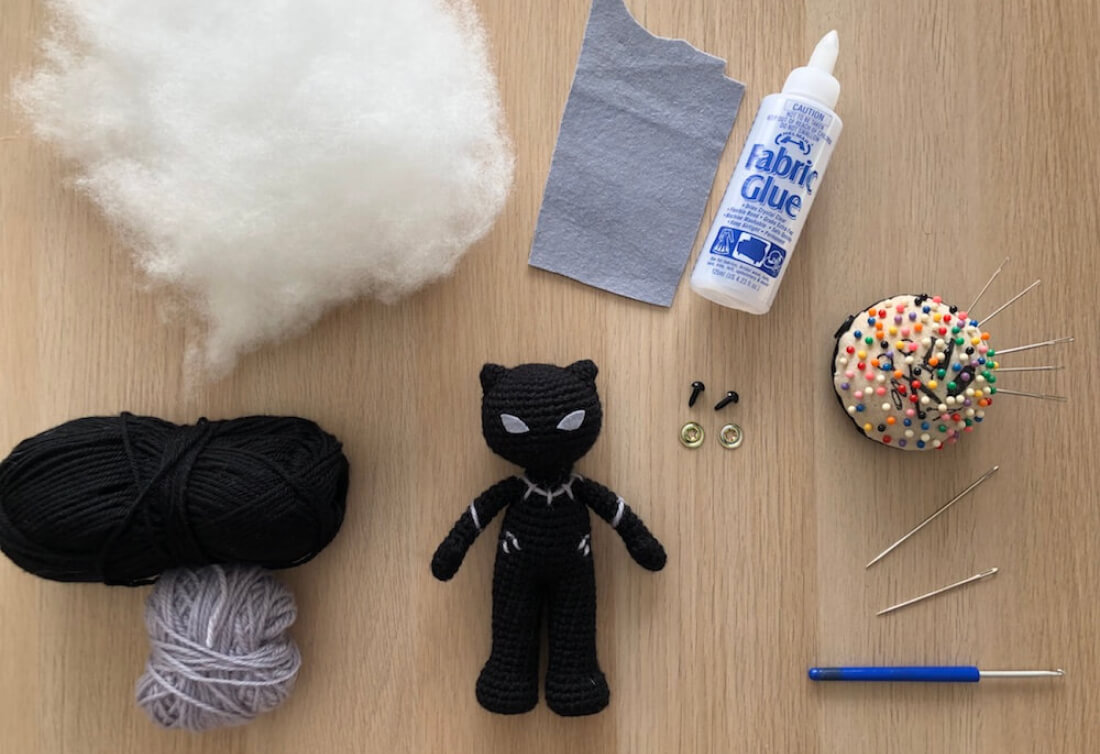 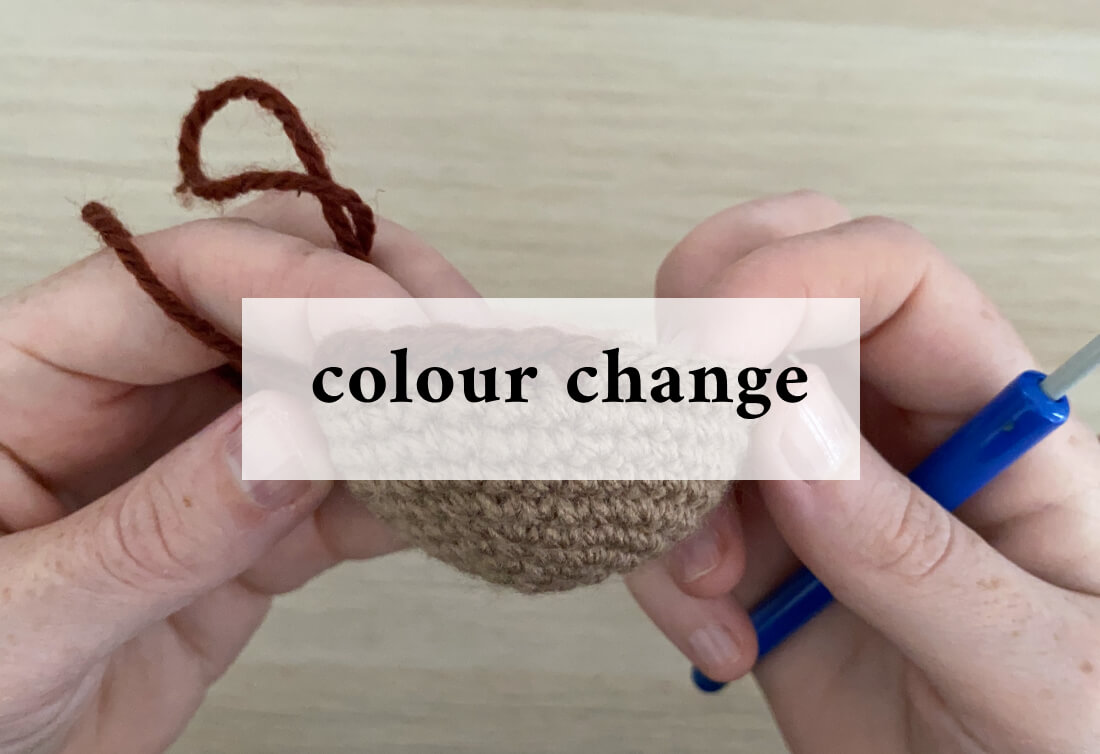 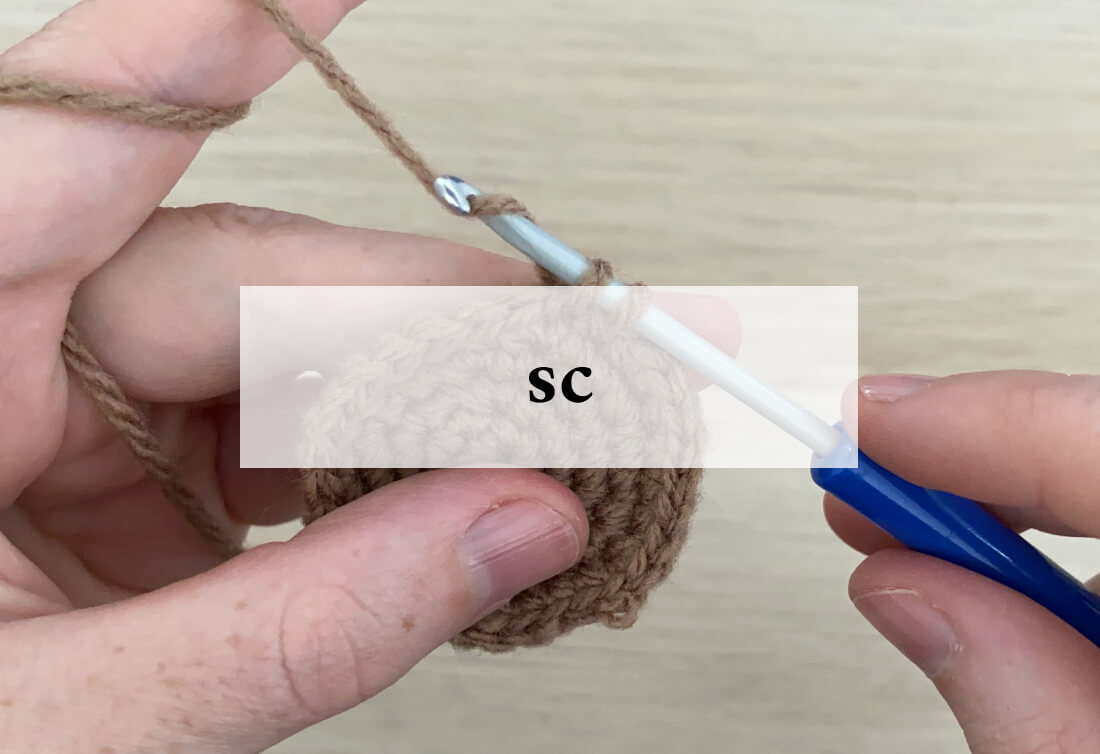 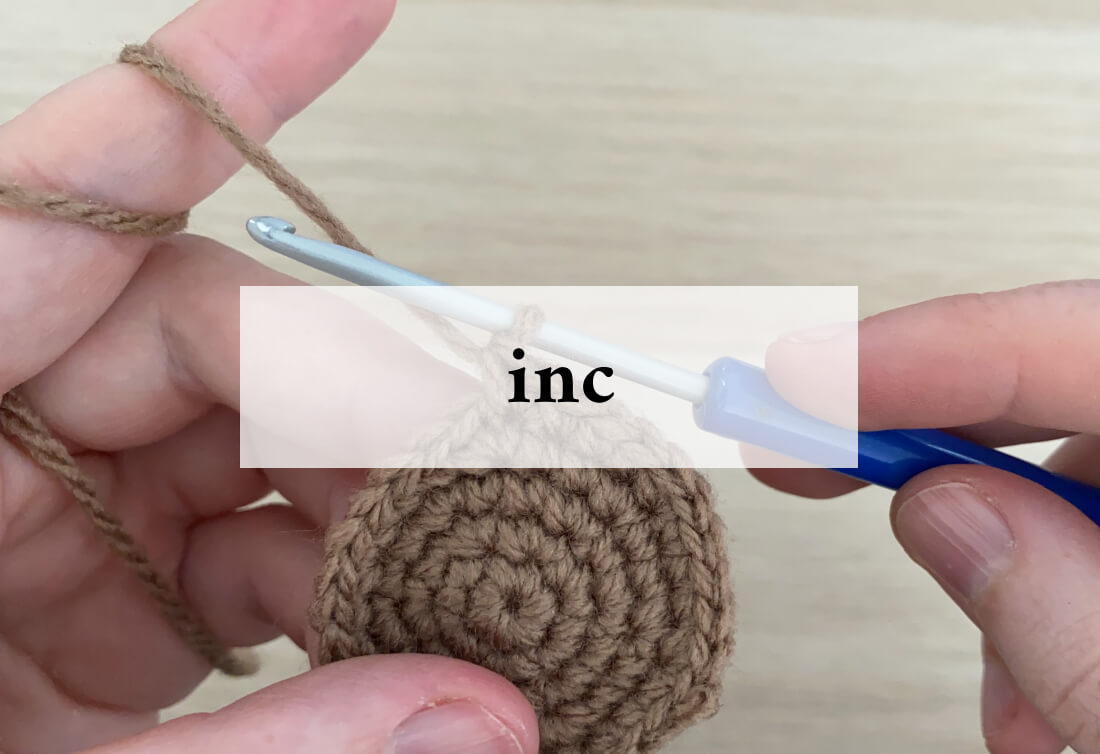 I started 53stitches in 2014 after being inspired by some amazing (I now realise) knitted dolls. I made my first little crocheted monkey doll a couple of weeks later, and then I was hooked for good. This blog is a chance to give back to the wonderful community that provided so many free patterns and tutorials when I was starting out.

I'm able to keep this blog free thanks to your continued support, please consider buying me a coffee!

To celebrate nearly making it to the end of the ye

Doing a practice Supanova run to make sure everyth

I started Gengar during the amigurumay challenge s

Making some more bags for kits! I’lol be bringin

Have you seen the super cute project bags the DIY

Something I’ve been working on for what feels li

I’ve been taking some new glamour shots of the E 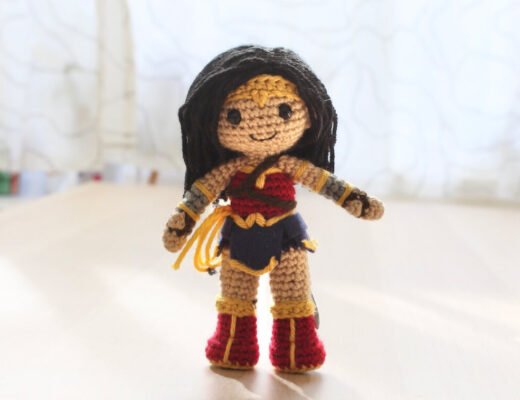 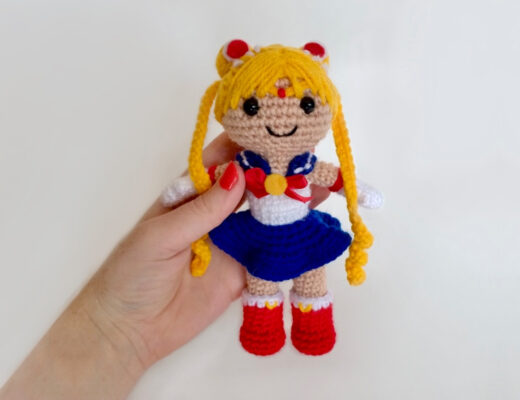 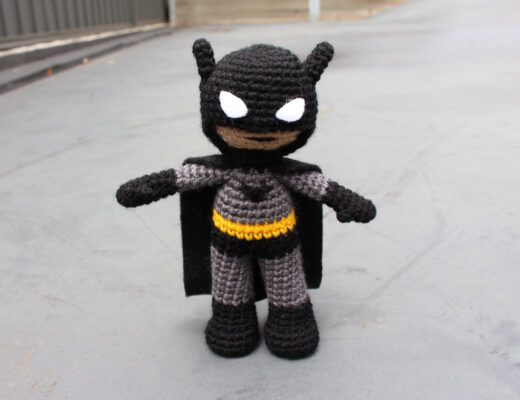